At the start of the meeting Ohtsuka expressed his appreciation for the Ambassador’s visit and in return Lui conveyed his gratitude for agreeing to meet with him.  Ohtsuka then asked about the position of opposition parties in Singapore, considering the country’s stable political condition and economic situation.  Lui explained the way in which the people of Singapore viewed the governing and opposition parties in his country, as well as the themes and issues which Singapore was facing as the current Chair of ASEAN.

The Chair of the Exploratory Committee of the DP’s Headquarters for Reform of Party Strategy, Organization and Management, Masaharu Nakagawa, reported on the current state of the Japan-Singapore parliamentary friendship league, of which he is a member.  He said that it was desirable for the league to be more active in future in order to contribute to the further development of both countries.  In addition, the two sides discussed security matters, cultural issues and tourism. 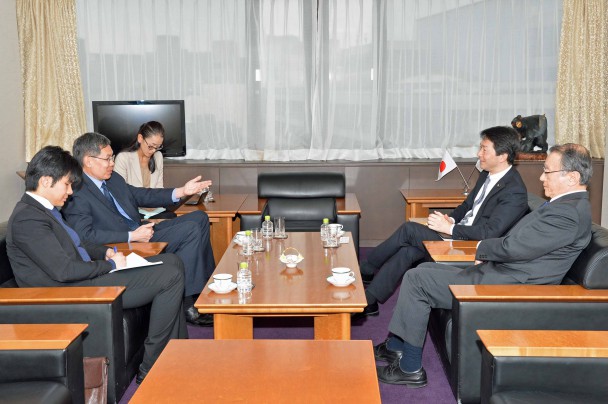